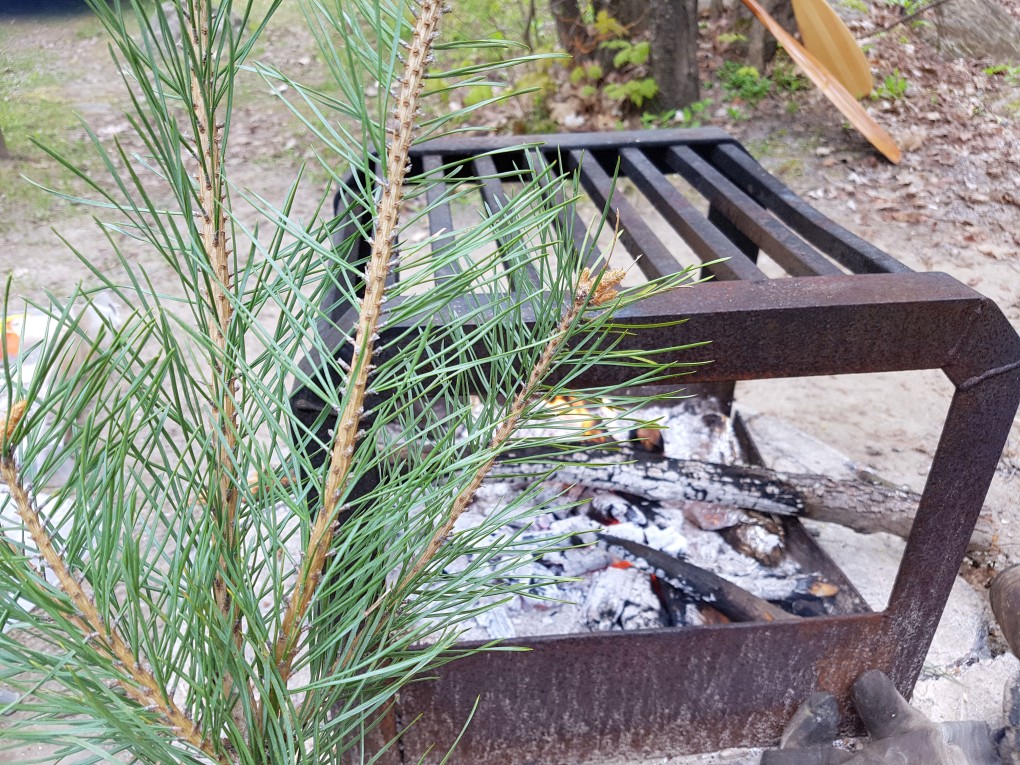 The May long weekend officially launched camping season for us. Other than the stillness, fresh air and nature, my favourite part of camping is making pine needle tea!

We found out about pine needle tea in a wilderness survival book. Being a tea lover, I decided to give it a try. Plus, it has some amazing health properties:

This site has a great top 10 list of benefits. Apparently, “Taoist priests drank pine needle tea as they believed it made them live longer.” I’ll have a second cup, please!!

Making the tea is as easy as boiling a generous handful of pine needles in some water for about 20 minutes. I let it sit and cool for a while with the needles still in, to keep drawing out all of the good stuff.

Some pine needles can be toxic so avoid the Ponderosa, Norfolk Island and Yew variety of needles. I use red pine.

Also, avoid pine needles that could have come in contact with pollution and waste materials. The further out in nature, the better!

On a mission to educate, inspire and model positive natural health habits.

Building a team of like-minded and ambitious entrepreneurs.